Asian Americans and Pacific Islanders (AAPIs) hold the cards in Las Vegas for Nevada's primary today for the Senate, House and gubernatorial races.

In a state where AAPIs make up 10 percent of the electorate, politicians know they must reach this key voting bloc if they want to win. Asian Community Development Council has laid the groundwork for a strong turnout in the June 12 primary and General Election by registering 5,000 Nevada voters thus far in 2018.

To kick off election season, the Development Council held a weekend block party on June 3 to generate excitement for Early Voting in Chinatown. In a 24-hour town like Las Vegas, it can be hard to gather family and friends in one place and celebrate the good times, let alone to make a plan and vote together.

To make sure AAPIs would be ready to vote for the primary, the Development Council dispatched volunteers to register voters at Asian ethnic grocery stores, churches, temples — locations where they could directly tap into the community, said Nhi 'Courtnhi' Vo, senior manager of civic engagement. 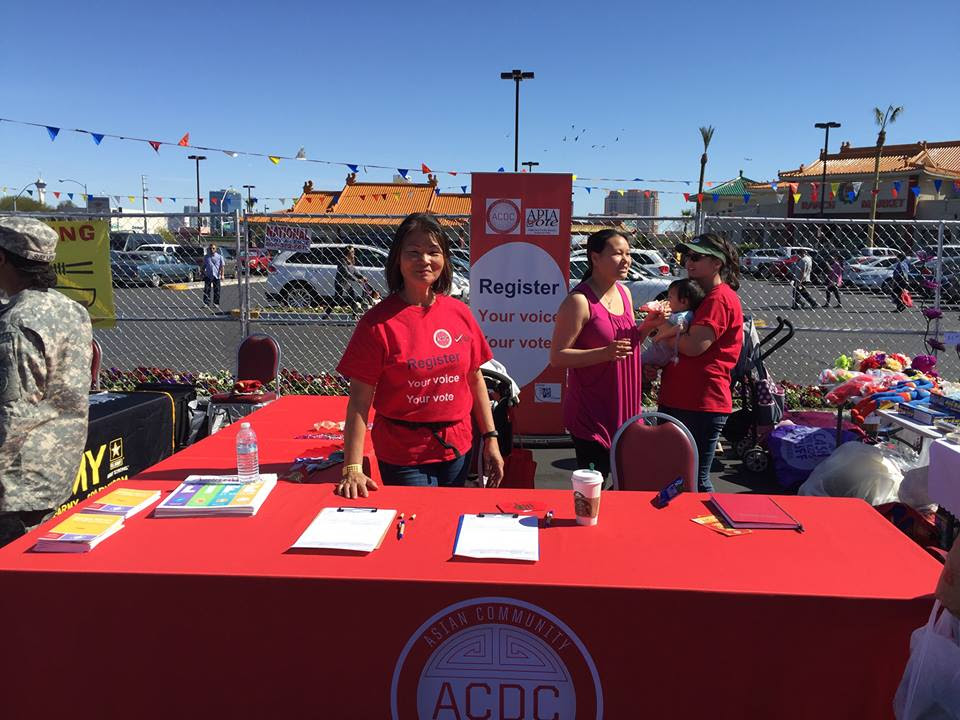 The Development Council also provides assistance to people who apply for U.S. citizenship and helps them register to vote once they become naturalized. This service remains vital in a political climate that attacks immigrants.

Vo has noticed an uptick of interest in civic activities and hopes to build upon that momentum when reaching out to AAPIs and allowing potential voters to lead the conversation during that contact. Here's a proven tactic in Vo's organizing tool box: create space for people to share what is on their minds and talk about how voting gives them the power to improve their daily lives.

"It’s not necessarily that we are giving a voice, they already have one. We affirm that their voices matter," Vo said.

Do you live in Nevada or Virginia? Make a plan to vote in your state's primary on June 12th to pick your next Congressmember. Learn more about the impact of Asian Americans and Pacific Islanders ahead of the 2018 midterm elections. 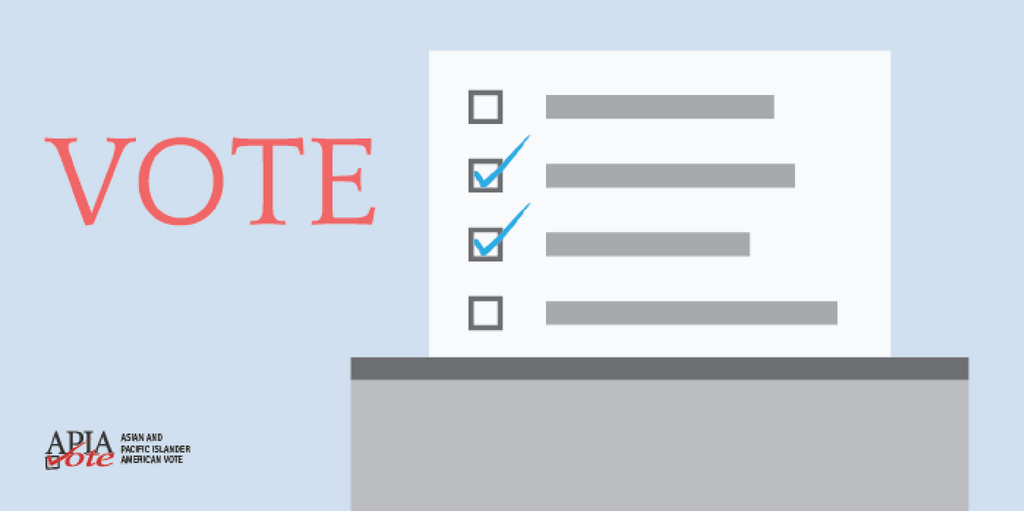 Who's on the ballot: Nevada voters are picking candidates for the Senate, the House, and governor.

Did you know? More than half of all eligible AAPI voters (61%) in Nevada live in Clark County, which includes Las Vegas. Click here for the full state fact sheet.

Who's on the ballot: Virginia voters are picking candidates for the Senate and the House.

Did you know? Nearly a third (32%) of eligible AAPI voters in Virginia live in Fairfax County, where AAPIs are 15% of the electorate. Click here for the full state fact sheet. 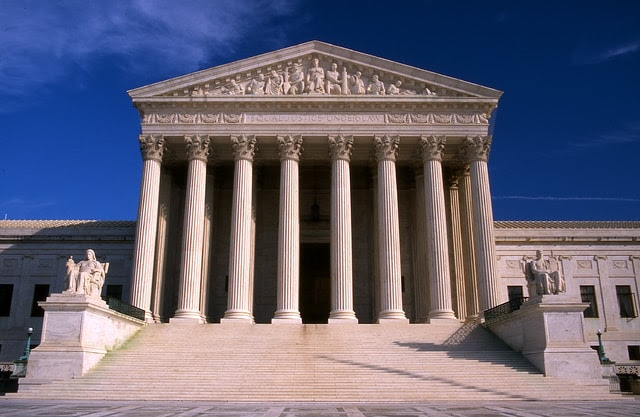 The Supreme Court’s decision to allow Ohio to remove infrequent voters off the rolls is yet another attack on the freedom to vote.

Make no mistake: this not only silences the voices of Ohio voters but also creates a danger that other states will pursue similar practices.

"Over 188,000* voters from Ohio counties with the highest AAPI populations — Cuyahoga, Franklin and Hamilton County — have been stripped of their right to vote. The Supreme Court decision adds an unnecessary barrier to voting, which targets people of color and low-income communities."

"Now more than ever is the time for Ohio’s AAPI community to vote for leaders who will make voting accessible to all citizens," Sur continued.

*Data was collected from the Board of Elections from Cuyahoga, Franklin and Hamilton counties between 2011 and 2015. 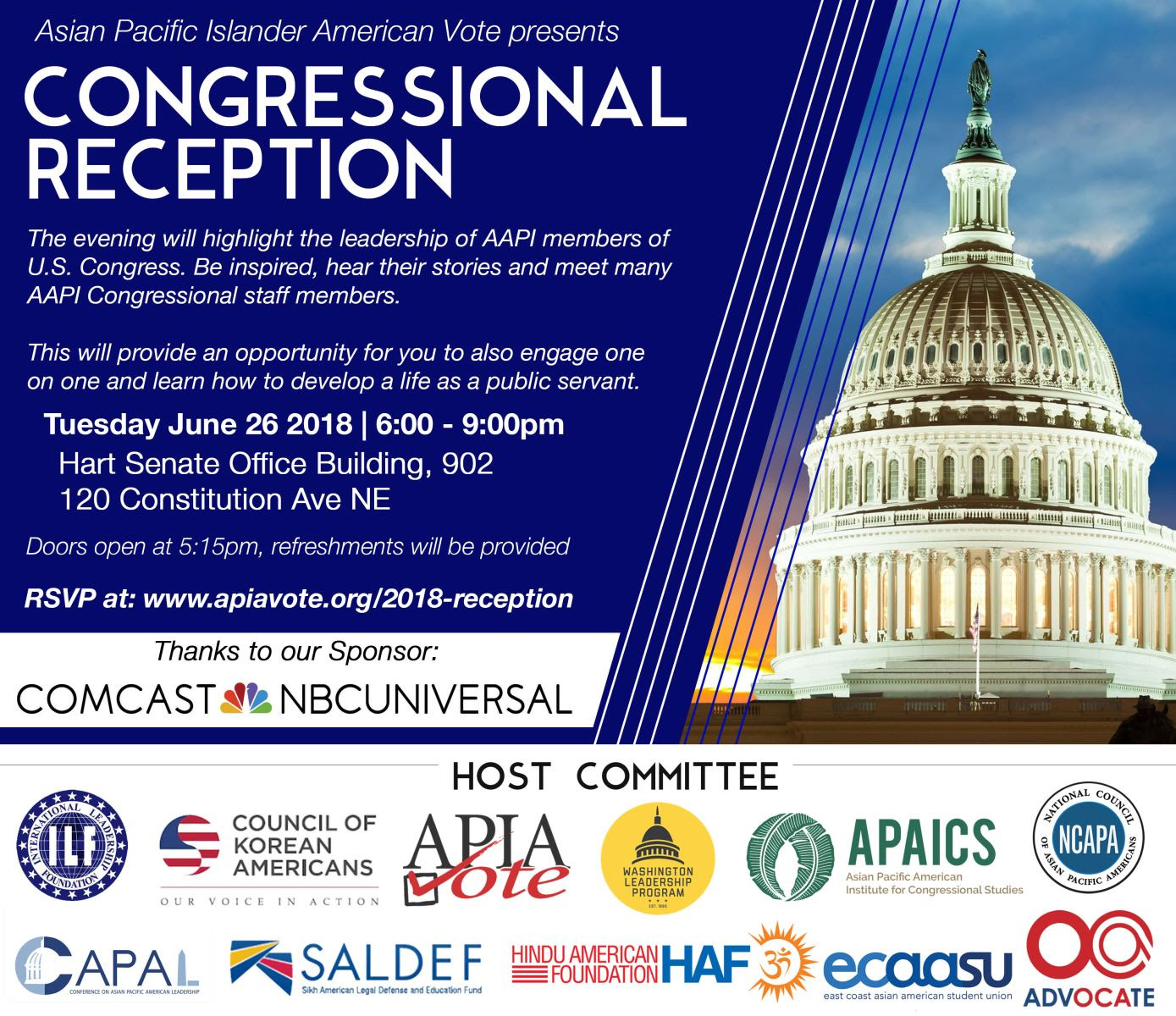 The evening will highlight the leadership of the AAPI members of the U.S. Congress. Be inspired, hear their stories and meet many AAPI Congressional staff members.

This will provide an opportunity for you to also engage one-on-one and learn how to develop a life as a public servant.

Doors open at 5:15pm, light refreshments will be provided.

Don't forget to RSVP here: www.apiavote.org/2018-reception
Be sure to register early due to room capacity. We had over 450 people attend last year.

Special thank you to our sponsor, Comcast!

This event is FREE!