The research dispels the myth that women are less electable than their male counterparts and highlights the importance of community ties. 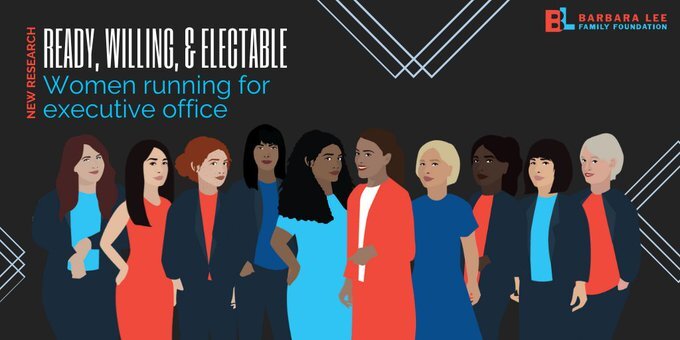 Earlier this month, The Barbara Lee Family Foundation released "Ready, Willing, & Electable: Women running for Executive Office," unveiling quantitative research that sheds light on voters’ reactions to women candidates seeking executive office. Conducted in collaboration with APIAVote and the Asian Pacific American Institute for Congressional Studies; Higher Heights Leadership Fund; the Victory Institute, and Voto Latino, "Ready, Willing, & Electable" looks at hypothetical women candidates of different races, sexual orientations, and political affiliations, from both major parties and examines what it takes for a woman to prove to voters she is ready to serve in executive office.

"We know firsthand how powerful community engagement can be— in not only who goes to the polls, but also who voters ultimately elect," said Executive Director of Asian and Pacific Islander American Vote (APIAVote) Christine Chen in a press release, "The women in our community have the power to create change and having a familiar face, whether that is through shared cultural background or as a community leader, can make all the difference."

Some key takeaways from the research include:

For more information on the report, visit here.